Parents and the community believe their principals were terminated due to retaliation from DCPS for questioning the school district’s mandated racist and militaristic practices that perpetuates the “school to prison pipeline,” through its program, only enforced upon Southeast DC schools, called Relay 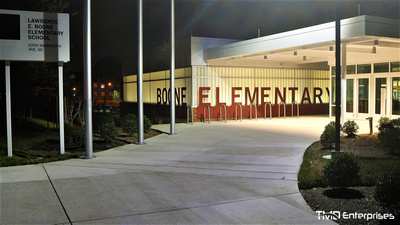 Relay has been referred to as a market rate education fraud by Kenneth Zeichner, Professor of Ed. Univ. of Washington and one of America’s leading academics studying teacher education.  He states, “It uses highly controlling pedagogical and classroom management techniques that are primarily used in schools serving students of color in whose communities are severely impacted by poverty. The teaching and management practices are based on a restricted definition of teaching and learning and would not be acceptable in more economically advantaged communities. “Relay works exclusively with ‘other people’s children’ and provide the kind of education that Relay staff would never accept for their own children”.

In a letter to the school chancellor, Boone’s teachers wrote: “all aspects of RELAY are scripted. Classroom management strategies perpetuate the “school to prison pipeline.” Students must sit up, sit still, nod when spoken to, and must not take their eyes off the speaker. Teachers must assume a “strong voice” in order to “maintain order in the classroom” and to promote the authority and dominance of the teacher. Directions to students must be short and quick. Students drill repeatedly until they assume the expected role-- quiet, docile, and obedient.”

The Southeast DC community want answers:  If Relay is so great and mandated for Southeast children, why not mandate its practices upon affluent children in Northwest DC. Families are still awaiting evidence that Relay is successful in DC public schools.

Trayon White, Councilmember Ward 8, wrote a lengthy letter to the Chancellor called Dr. Jackson-King, “a pillar in the community with much respect, and her departure would create yet another means of widening the educational gap,” and asked the Chancellor to reconsider and reinstate Dr. Jackson-King. Teachers shared many accolades about Dr. Jackson-King: “Over the past 6 years, in an environment where African American students seldom experience innovative and transformational learning opportunities, Dr. Jackson-King has led the initiative in cultivating pride, establishing a loving rapport, and setting high expectations for every scholar. Reinstating Dr. Jackson-King matters now, more than ever.” In addition, local therapists, social workers, school partners, and others have written letters in support of Dr. Carolyn Jackson-King’s reinstatement. 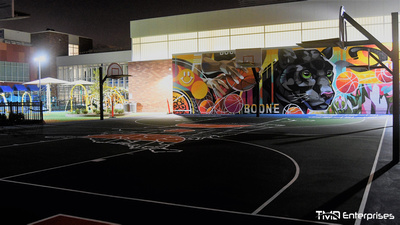 The DC Parent Action Consort (DC PAC), community leaders, unions, activist, parents and former students are rallying in support of the principals and seeking reinstatement by DCPS. Parents have been conducting biweekly outdoor demonstrations in the midst of COVID 19 with protective gear while practicing social distancing.  A website established to support Dr. Carolyn Jackson-King, states she has brought Boone from a 2 Star rating to currently a 3 star rated school;  in addition, under Dr. Jackson-King’s leadership the school performance has grown in all measurable data points.  Furthermore, the website states, “we know Dr. Jackson-King’s removal is not about performance, it's about retaliation” by the Cluster II Instructional Superintendent MaryAnn Stinson due to Dr. Jackson-King’s opposition to Relay and opposing the removal of Boone’s computer lab (STEAM lab.

Parents are outraged that their illustrious principals were fired during COVID 19. A Boone parent stated Dr. Jackson-King’s termination causes additional trauma, “DCPS often talks about being a trauma informed school system, what happens when DCPS officials incite the trauma?"  A tweet states, My child’s emotional health is important too; Covid19 has many families EOTR regular routines chaotic; we turn two school leaders for emotional as well as physical safety. Firing our principal doesn’t help –it causes complex trauma. A grandparent of two second-generation students wrote:  Dr. Jackson-King is relentlessly, working to promote the success of her students, parents, and community. She values her teachers and staff as well as her students.  She sees the potential of greatness in others and empowers them to think outside of the box.

The DC Parent Action Consort states, “together we will continue to fight against this gross injustice mandated upon the children of Southeast DC, and the termination of a great leaders such as Dr. Carolyn Jackson-King.”

Daoud Rasheed(non-registered)
I work with Dr. King and she was a beautiful person very inspirational to me and my family may God help her.
Kyle Knox(non-registered)
Well I guess Mayor bow wow is hands off with the things that go on in Ward 8 Unless she’s appearing to be tough on crime with her FORGED statistics. She really seems to come off as the black female Donald Frump When asked hard hitting questions by the media And thinks its fine to ignore it question and pass it up with no response. And the reason I’m saying this is the hope that the community and residents in ward 8 Hold her feet and ass to the fire and are absolutely relentless in bringing this out in the open Because I have not heard or seen any local media attention about this problem at all And after all she is where the BUCK STOPS EVEN THOUGH SHE LOVES TO PASS IT OFTEN
L Jackson(non-registered)
I have had the fortune to work under the leadership of Dr Jackson-king for almost 10 years and never did I experience a time when she was not supportive because of the intentions she saw that I had for students. DrJ-K has only shown professionalism, dedication, and outstanding leadership for all the students and staff she serves. The Boone community will be at almost if Dr. Jackson-King is not reinstated.
Judith Potter(non-registered)
WOW!This is SO typical of DCPS lately! Outrageously Sad!! As a retired DCPS, I came into the System in the late 80's when principals were admired,revered and loved for doing such remarkable work with FANTASTIC well trained and talented teachers. Since the entrance of the likes of Michelle Rhee who cut the lifeblood of the best of us to the core! Bearing witness of not many of those Best of the Best who are left, it seems that the System takes the Best and is bent on destroying. Shameful!!Teaching used to be a voyage of LOVE... no more...
Mrs. Geneva Isa(non-registered)
I’m a retired science resource teacher of the District of Columbia Public School System. Taught science at Benjamin Orr Elementary School for 19 years. The students at Orr Elementary excelled on the local, citywide, national, and NASA level in science.

returned as a rehired long term substitute teacher at Lawrence Boone Elementary. I worked there for three months. It was very rewarding, and productive experience for me. Working at a school named for my former principal Mr. Boone. To work with former students that I once taught. Teaching the next generation of my former students.

Working with the leadership team at Boone Elementary was truly and outstanding experience at the school. Being able to see positive role models that look like you. Made the children feel proud of their school.

Boone Elementary need the current leadership team at the school. With all the things that’s going on with our community, most of all, the community, the children, the family unit, the school we are standing in a need of healing coming together instead of removing some stability of the community.

We should come together and work for the benefit and best interest of the community and the children like never before. There’s strength when we can all come together in unity. If something is working why try to reinvent it . We should work together to make what is working better. We are all in this together let’s work it out.