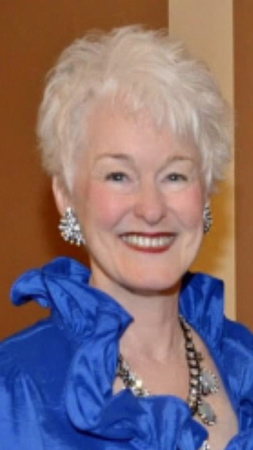 Brenda S. Wilson, age 74, passed away on September 4, 2021, surrounded by her loving husband of more than 52 years, Walter, and her only child, Julie. Brenda was born in Roanoke, VA and grew up in Arbutus, MD, graduating from Catonsville High School. She competed in the Miss America beauty pageant as Miss Arbutus. Brenda graduated from the John Robert Powers Modeling Academy. Her fashion career consisted of photographic and runway modeling. She attended Strayer Business College, and had a career spanning over 35 years in the medical field. Brenda and her daughter created a ballroom dance dress company called Encore Ballroom Couture, a ballroom dance dress cleaning company called The Dress Spa, a charity program benefiting Walter Reed National Military Medical Center called Toppers for Troopers, a donation program benefiting a youth dance charity program called Gold Stars, and a seasonal fashion editorial called Hairpins to Hemlines. She was an avid tennis player and co-captained two USTA tennis teams. Brenda managed a tennis flight at the local athletic club where she was a member for over 30 years. Brenda was a member of the Henry Clay Chapter of the National Society of the Daughters of the American Revolution, and Martha Washington Chapter, of the Order of the Eastern Stars. In addition to her husband and daughter, she leaves behind her Mother and an extended family.