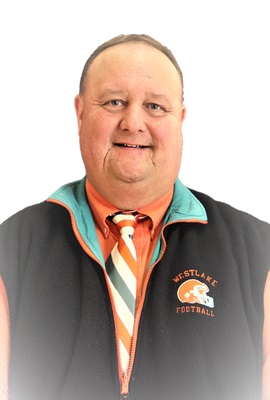 Dominic “Dom” Zaccarelli, of LaPlata Maryland, passed away at the age of 56 on January 18th, 2021 as a result of complications with Covid-19.

Dom was born on February 25th, 1964 in Lebanon, Pennsylvania and when he was 10 years old the Zaccarelli family relocated to Charles County, Maryland. In 1982, Dom graduated from LaPlata High School where he was fortunate enough to meet the love of his life, Kris. Dom and Kris were married on July 16th, 1983 and happily enjoyed over 37 years together.

After graduation, Dom attended Millersville University and later the University of Maryland. Moving back to La Plata, Dom took his first job selling insurance at the Creelman Agency with his father. While working full time, he also started coaching wrestling, baseball, and football over at McDonough High School.

Dom quickly discovered that he was passionate about coaching and helping students fulfill their potential. He was hired as the head football coach at Westlake High School where he fondly became known to students, parents, and staff as “Coach Zac”. In 1996, Dom took on double duty and in addition to head football coach he was also hired as the school’s athletic director, a position he held for 25 years until his passing.
As coach of the Westlake Wolverines for 19 seasons, Dom led the team to an impressive 148 wins and only 34 losses. In 2008 he led Westlake to a 3A Football State Championship Title and in 2015 the state of Maryland recognized Coach Zac for his contributions and inducted him into the Maryland High School Football Hall of Fame.

More impressive than his record, was the impact that Coach Zac had on the community. He had hundreds of players who would go on to play at the collegiate level and numerous players that continued to play in the CFL and NFL. In 2008 after winning the state championship, Dom established the Chick-Fil-A Bowl to help showcase Maryland high school football athletes for college recruiters. He volunteered his time with the Southern Maryland Athletic Conference (SMAC) and fought to expand opportunities for student-athletes across the region. Dom believed in the power of education and always trying your best, on and off the field. He used athletics as a catalyst to share many of life's important lessons with his students.

When he was not working, Dom enjoyed traveling with his wife, Kris, and close friends. If he was home, you could catch him on Sunday watching (and critiquing) the Washington Football Team. He loved spending time with his three children and five grandchildren. Dom was always there for a sound word of advice or to make you laugh.
Dom will be sorely missed by his family, friends and the community he served. Thank you all for coming today to celebrate the life of Dom. Your endless love and support is so appreciated. 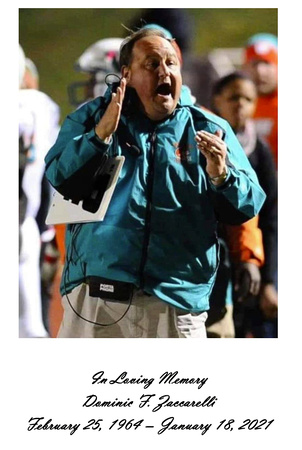 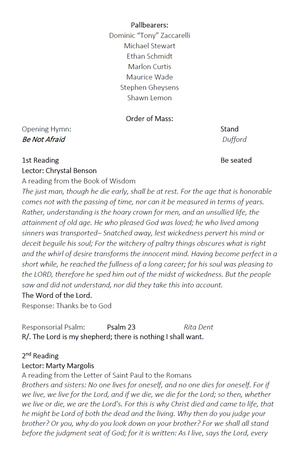 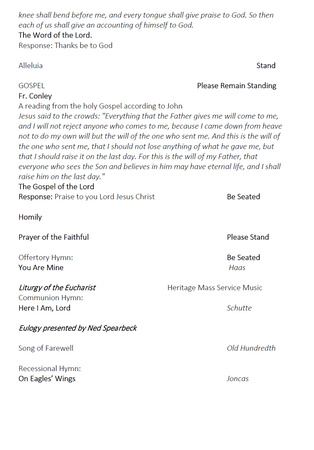 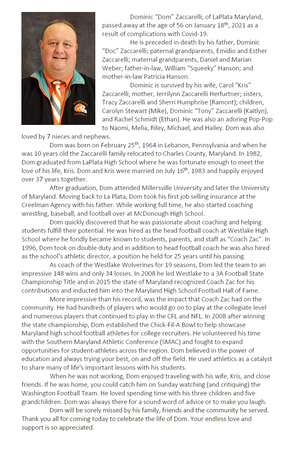